Menu
At TREC, the health and safety of our associates is always a priority. During this rapidly evolving time, we’re taking the necessary precautions to help reduce the spread of COVID-19 in our communities and our facilities while continuing to meet our customers’ needs. We are conducting “VIRTUAL CONSULTATIONS” for your convenience

Here at TREC our commitment to our community is that we provide the highest quality materials at affordable prices. We provide outstanding service to ensure our customers have an amazing experience. All of our employee development helps grow and strengthen the Trec Roofing & Remodeling family.

Growing up at a young age, Justin was always surrounded by the construction industry. His father had built one of the biggest custom home builders in Maryland, with that Justin would always enjoy going to work with his father and started swinging a hammer at 12 years old. This is what built his love of seeing something from nothing be built into something. After completing his schooling, he received his first full time job at 18 years old with a home improvement company selling basements finishing, decks and patio projects. His love for design and a very strong passion for “helping” homeowners build their vision really solidified his place in this industry. He had continued working his way up through the corporate ladder to eventually becoming the Vice President of one of the largest home improvement companies in the Mid Atlantic Region. He noticed while building his career and the company that he worked for that there was always a disconnect in the company’s priorities and that the “home improvement” industry in general has built a horrible reputation because of shady contractors. He wanted so deeply to change that reputation, so he founded The Real Estate Corner LLC, with 3 main priorities. He knew if these were accomplished in this order he would be successful and clients would flock to want to use the quality services that TREC offers, his priority list was simple, but effective:

With all the success that followed from this simple model, The Real Estate Corner started another division called TREC Roofing & Remodeling. After so many years of doing this, Justin seems to have found a simple model for success. He enjoys the challenge everyday of helping customers but also seeing his employees challenged to levels never challenged before, while achieving their own goals, he achieves his goals by doing so.

While not building his dream company, he is a devoted family man. He has been with his Bride to be Tabatha for over 10 years and they share a beautiful daughter Brianna together. Their mutual love of traveling the States and the World while building family memory’s is what drives him. Rounding out their family is Capone & Chance, both dogs that have enough energy to wear the fittest of people out 🙂
Beyond his deepest love for his family, is his deep love for the game of Golf. He loves to hit the Links as much as possible, that’s his refresher and stress reliever.

So don’t miss the opportunity to chat with Justin, next time you might even see him on your own job site 🙂 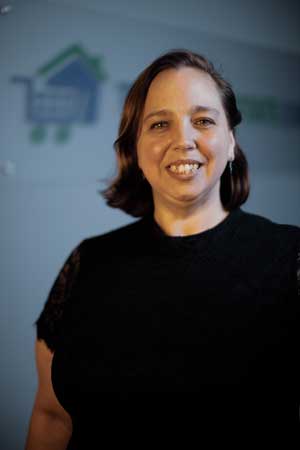 I am the executive administrator for TREC Roofing & Remodeling. I wear many hats in this position: overseeing the office, heading the installation of our projects, and seeing to the needs of our customers during their ongoing projects are the most important things that I do each day.

I have been with TREC since October 2018. Prior to that I spent the last 10 years both going to school for business management and also working various positions within the home improvement industry. These experiences have given me a wealth of knowledge and insight that contributes greatly to my success in my current position. One is never too old to learn new things. An open mind and a thirst for knowledge are two of my greatest strengths.

I graduated from Anne Arundel Community College in 2017 with an AA Degree in business management and a certificate in business communications. I am currently attending University of Maryland Global Campus working towards my bachelor’s degree in management studies.

In my rare spare time, I enjoy spending time with family and friends, visiting state parks, and singing every chance I get. I have a great desire to travel and see new places, meet new people, and experience new cultures.

“You either win, or you learn, you do not lose.” I firmly believe that there is no such thing as failure, you simply learn what does not work to accomplish your goals and move on to learning what does work. If progress does not occur, one just needs to re-examine their goals and come at it from a different perspective.

Great customer service begins with great communication. Making sure the lines of communication are known, open, and that each customer knows for certain that they are being heard is my ultimate goal.

I am a Customer Service Specialist for Trec Roofing and Remodeling. I have over 12 years of experience in customer service.

Since age 14 when I started in the service industry, I have learned when you treat everyone as family you work harder to get the job done. I make sure to make everything perfect for every individual I encounter. This is what you can expect when you decide to come into contract with TREC.

I am excited to help homeowners explore the endless possibilities when it comes to their roofing and any other home improvement projects you are interested in. I am committed to treating every customer and future customer like family from the first call to us to many years after their project has been completed.

I received the award of “Best of Marketing” in 2019. I continue to get training from some of the top experts in the industry by attending yearly conferences. This helps to motivate me and keep up to date with the changes in the industry. It enables me to provide homeowners with the best customer service the industry has ever seen.

When I’m not thinking of better ways to serve our customers and community, I like to relax by the water especially the ocean. I enjoy exploring new cities and new sites. I like to venture out to hike and become one with nature and all its beauties and blessings. 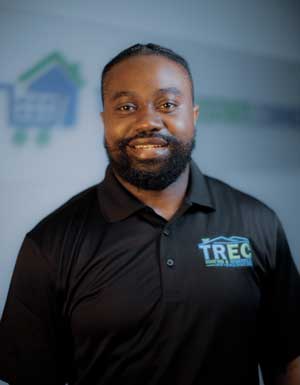 Jerome Hyde has over fourteen years experience as a Content Creator, Producer and Director. He is one of the founders of Unplugged Multimedia, a video production house in Washington DC, and has a robust portfolio of music videos, commercials, documentaries and other film works. Mr. Hyde has received an Associate degree from Essex Community College, a bachelors degree in Film from the prestigious Howard University and a master in Visual Effects from Savannah College of Arts and Design (SCAD – top 5 art school in the nation).

The Washington, DC native’s has worked with Toyota, McDonalds, Inglot, National Institutes of Health, America Achieves, Cornflakes, NBA’s Washington Wizards, NHL’s Washington Capitals, NFL’s Washington Redskins, and the list continues to grow. While working for Monumental Sports and Entertainment, a company owned by the Washington Wizards, Mr. Hyde was a Video Editor, Videographer and Graphic Producer. There his work could be seen worldwide as he produces graphic and video content during arena in-game segments, network shows, commercials, web series, concert promos, and marketing videos. During his tenure there, he has received a Regional Emmy award for his help on “Wizards Magazine” and Regional Telly Award for “The Making of a Wizards Girl”. In addition, his videos have seen on countless countdowns and Videos shows alike abroad.

After Monumental Sports & Entertainment, Mr. Hyde worked for Radio One in Silver Spring MD. During his four year there, he worked as a Senior Video Editor and a Senior Video Producer. Without a digital platform dedicated to videos, Jerome Hyde used cutting-edge videos and branding strategies to help build Radio One’s, Silver Spring location to reach their profibility goals each year. While at Radio One, his main responsibility were to help build the digital platform by providing cinematic digital videos, branding promos, create and design pitch packages, lead media and video production through all stages, collaborate with clients to meet project goals, commercials and determine budgets for each digital video project. As a result, Jerome Hyde has earned several awards for the work he’s produced for Radio One including Telly Awards for “Best Director”, “Best Cinematographer Commercial” and “Best Video Editor”.

His Jamaican roots have given him an edge in becoming a coveted music video director for Jamaica’s top dancehall artists such as Julian Marley, Bugle, Lady Saw and Magazeen featuring DC artist Wale. Hyde’s videos are characterized by an element of gritty story telling that reflects the message within the song, as well as the current events of the time. Mr. Hyde has also established himself as a trusted filmmaker that produced quality content. He has developed content, commercials and documentaries for the likes of Donnie Simpson, New Addition, and R&B grammy nominated Johnny Gill.

FUN FACT: Jerome loves to play soccer, work on independent film projects and watch Netflix. On his spare time he likes to hang out with friends and family.

I am a Roofing Specialist with a specialty in insurance and restoration projects. I take the stress out of filing a claim by helping customers get everything they are supposed to through the insurance company. By walking homeowners through the complex insurance claims process from their 1st inspection all the way through to a brand-new roofing system that they can be happy with and make them worry free for life. I have over a decade of experience in the customer service and sales industry. I also grew up in the area and have a passion in helping the community. I joined the United States Marine Corp right out of high school which helped me develop a high leadership trait as well as the integrity and commitment to help customers every step of the way. I am happy to build my career and future with TREC Roofing and Remodeling. Outside of work I am a very passionate sports fan and a huge family man, I love to spend time with my wife and kids whether that means going out for a fun evening or staying home playing board games and watching movies. I look forward to helping you in the near future, finding the roof of your dreams and protecting your home for life.

John has been a Project Manager with TREC for 5 years with a specialty in insurance and restoration projects. He loves knowing we give our customers multiple options to get their project completed without sacrificing quality. John’s 30 + years in sales and management has taught him how important it is that we offer our customers top notch service and products that we believe in and stand behind. During his free time, he enjoys spending time playing billiards and creating memories with his lovely wife and 5 kids! 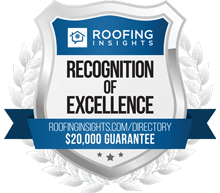 Roofing Insights has awarded TREC the Recognition of Excellence. This provides our customers the extra peace of mind knowing your project is backed by a $20,000 Guarantee. 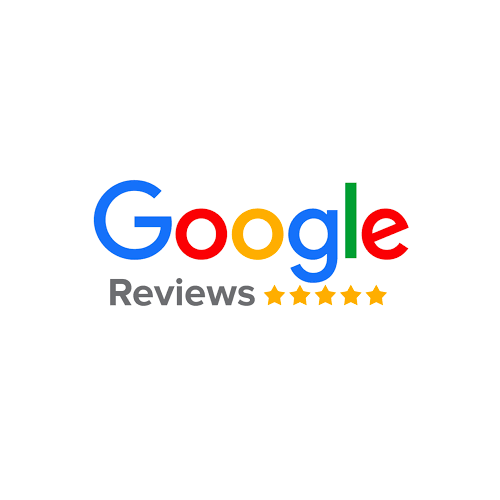 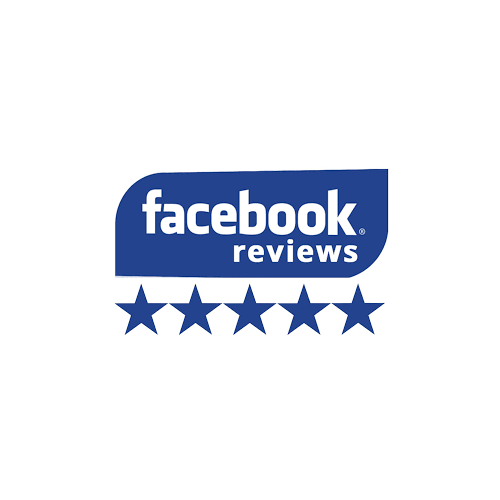 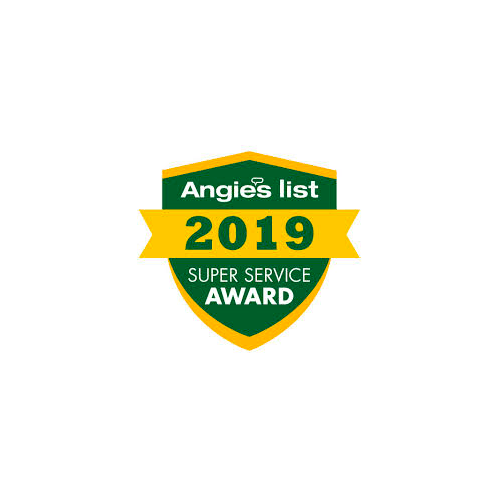 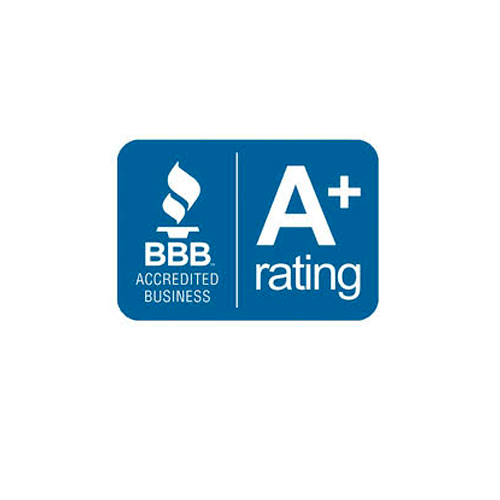 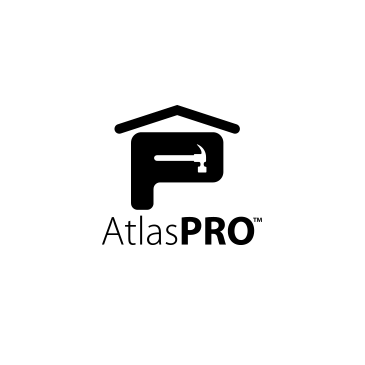 What People Are Saying About TREC

TREC ROOFING REMODELING
Our commitment to our community is that we provide the highest quality materials at affordable prices. We provide an amazing experience for our customers, exceptional customer service, and develop our employees personally and professionally to strengthen and grow the TREC Roofing & Remodeling family.

GET A FREE ESTIMATE